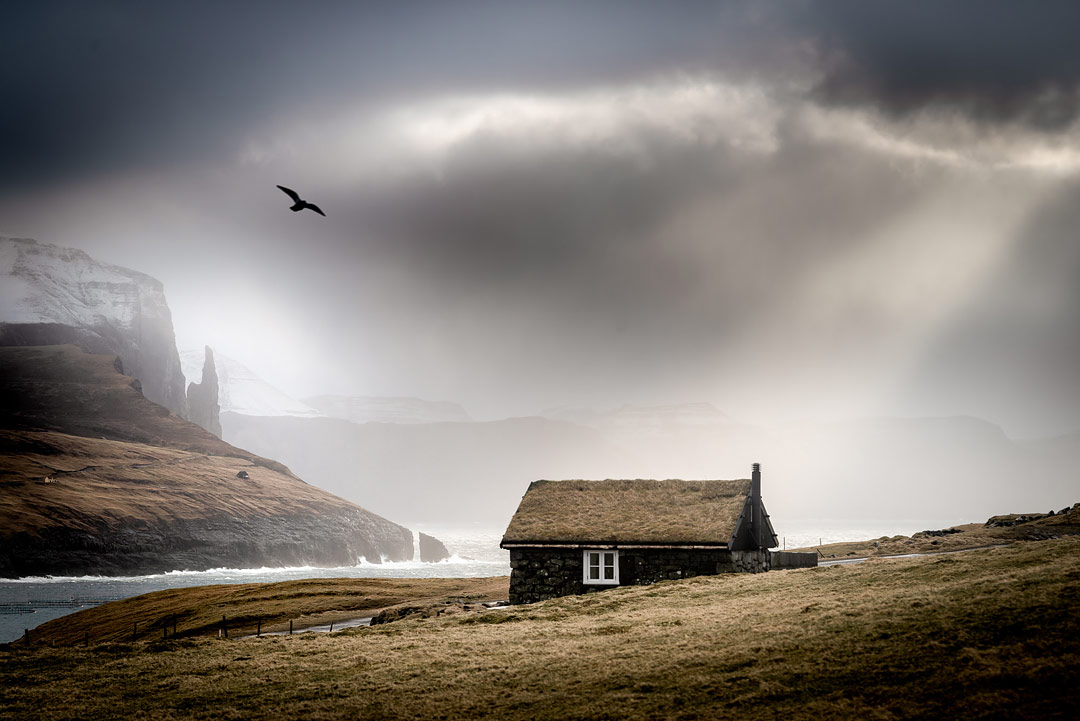 Located midway between Iceland and Norway, the Faroe Islands are an arrowhead-shaped archipelago of 18 dramatic basalt crags soaring straight out of the wild North Atlantic Ocean. Born of volcanic activity some 55 million years ago, these islands, still largely undiscovered by mainstream tourism, are a spectacular Nordic version of Hawaii.

Settled by Vikings during the ninth century, the Faroes were probably discovered and first inhabited in the mid-sixth century by Irish monks. Saint Brendan the Navigator dubbed them ‘the islands of the sheep and the paradise of the birds’.

The Faroes give 'the Emerald Island' a run for its money in terms of shades of green! Photographers will find endless opportunities for capturing dramatic images there. The often mercurial weather creates an ever-changing backdrop to iconic mountains, fjords, sea stacks, waterfalls and vertiginous coastal cliffs that harbour thousands of wailing seabirds.