Click here to find out how the directory works 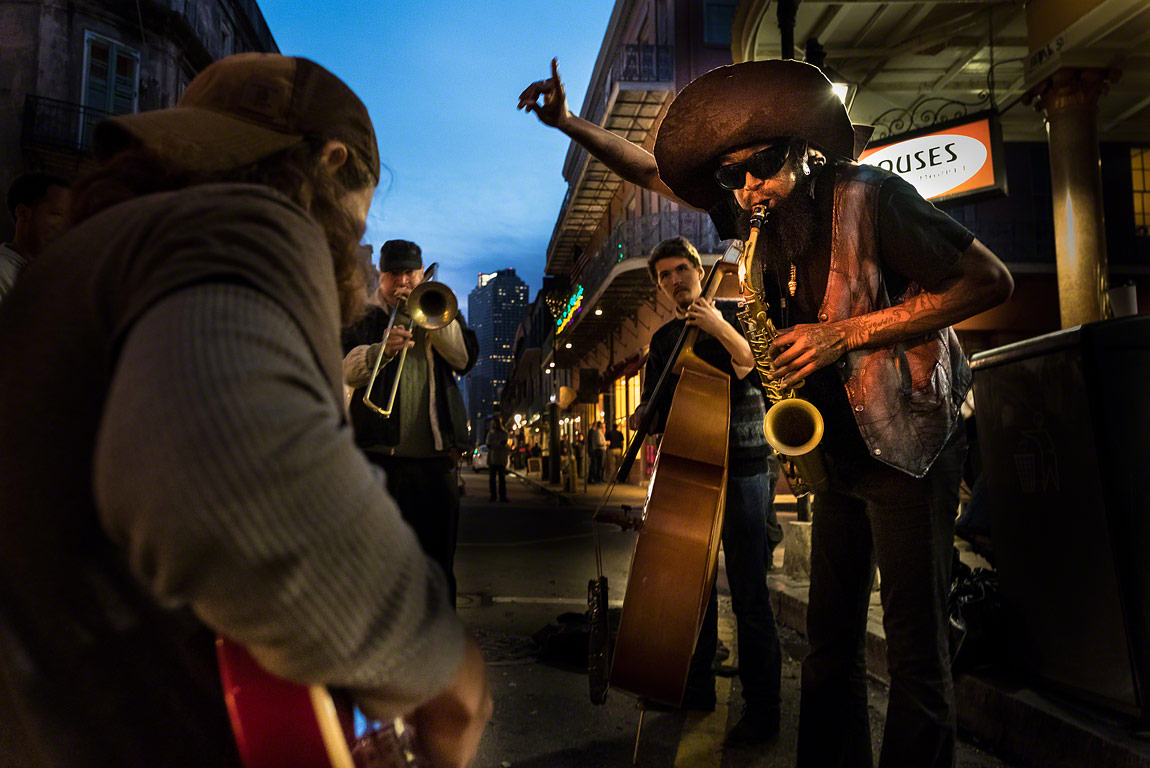 New Orleans is known variously as The Crescent City, The Big Easy, The City That Care Forgot, Nawlins and, of course, NOLA (New Orleans, LA).

We never tire of returning there with alumni who have been with us there before for this workshop and those who join us for the first time. In fact, we have been going there since the 80s and in 2020 published a fine art book on the areas in and around the French Quarter.

This is a longtime, multi-national city with a wonderful mixture of French, Spanish, and Cajun (from a bastardization of ‘Acadian’), those French peoples evicted from Nova Scotia and New Brunswick, many of whom eventually found themselves in Louisiana. Their influence is strongly represented in New Orleans through cuisine, language and music.

And speaking of music, one cannot visit New Orleans and not experience the great music that abounds in this city. We have some favorite haunts that we will show you, and you will enjoy photographing these amazing musicians.

One of the things that astounds many people who first visit NOLA is the quality of some of the ‘street’ musicians. Some play internationally, some only locally. Some may have just met that afternoon and formed an amazing pick-up band.

That said, one will also find musicians who play enthusiastically, but perhaps not nearly as well as others we hear!

We cannot forget the food, of course. Great cuisine abounds there from international fare to local and imported oysters. We have our favorite restaurants, of course, but we are always exploring new ones.

There are other treasures and lesser-known delights that we will show you, including A Gallery — no, that is not a typo, it really is A Gallery — that houses a wide range of classic and modern photography, one of the best such galleries in the country.

This is a photographer’s paradise where one can interpret anything from the charming architecture to the musicians to the bizarre. Take your pick, … et, mes amis …

More "Photo Tours" by this operator

Searching for a photo tour

Use the search button (top-right) to find a photo tour. You can use keywords such as month, year, destination, location and so on. For instance, if you search for January, you will find all available photo tours commencing during the month of January. If you search for Arches, you will find all available photo tours taking place in Arches National Park in Utah, USA.
Close